It Was All About The Logo 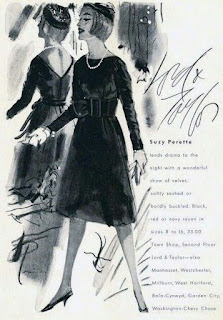 I must have been twelve or thirteen when I first looked through a New York Times’ Sunday edition that my father brought home from work.

I was instantly intrigued by such an extensive newspaper with so many sections and the smell of all that ink on all of that newsprint. I remember standing at the kitchen table with the paper wide open. There was just so much to see and read. But I never made it through all of those pages. I never got beyond the first section. I was stopped in my tracks by a logo.

You have to realize this was way before computers and instant everything. There were only three news networks on the TV. Cable was nonexistent. Magazines ran cigarette ads. It was a whole different world. So when I turned a page of that newspaper and saw for the first time a pen and ink logo that swirled off the page in creativity, I was hooked.

The logo was the Lord & Taylor logo. The ad said the item advertised was available at all Lord & Taylor stores. I wasn’t interested in the item. It was the logo that intrigued me with the capital L looking like a bird you’d draw when you were a kid and how the word Taylor was written as two words with the letter r looking to be an extension of the letter o. It all flowed together beautifully. I stood there and studied each and every stroke of the pen that created it. From then on I asked my father to bring home that paper whenever he could. He tried remembering but many times it slipped his mind.

One time when he did remember, more than the logo grabbed my attention. This time the advertised item hooked me as well. I had to have the outfit drawn with the ink pen showing a skirt with a flair and a pin stripe shirt with long sleeves in my size. But what really had me in a tizzy were the suspenders attached to the skirt, going up and over the shoulders of the pin stripe shirt worn by a model sketched by an artist somewhere far away from my kitchen table where I stood in awe of both the logo and that outfit with suspenders.

I remember making quite a commotion to my parents about the outfit. I made it very clear it was a matter of life and death that I have the outfit. I was told it was too much money for just a skirt and a shirt. I argued how the outfit came with suspenders but I could tell it was a lost cause.

A few weeks later when getting off the school bus, I saw a package attached to our mailbox. Waiting for cars to go by, I ran across the road to see who it was for. Even before I reached the mailbox I saw that logo—that swirling, creative sophisticated logo with the capital L looking like a bird. My suspenders had arrived! I was later told it was a belated birthday gift.

I kept the box with the logo in my closet for the longest time and I wore those suspenders to threads.

Last week when I heard Lord & Taylor would be closing all of their stores, I felt sad. I thought back to when I’d look for their ads in the New York Times and how excited I’d get when seeing their logo. To think an artist could bring the excitement I felt to even suspenders tells me Lord & Taylor was nailing it. A global pandemic and a thing called the internet were out of their control.

The memories of standing at the kitchen table with a newspaper opened to a page displaying a Lord & Taylor ad will never go away. Neither will the image of the letter r looking to be an extension of the letter o.