Besides Laura Ingalls Wilder and Louisa May Alcott books, I loved reading the adventures of The Bobbsey Twins when growing up. This was a series about two sets of twins in the same family-Bert & Nan and Flossie & Freddie. I think I read "The Bobbsey Twins at Big Bear Pond" a hundred or so times. I never realized it back then but those kids never aged.
I recently found out that Laura Lee Hope was not the author. In fact she never existed. The Bobbsey Twins was created by Edward Stratemeyer who wrote the first book in that series and outlined many of the books that followed.
I discovered Mr.Stratemeyer also created The Rover Boys, The Hardy Boys, Tom Swift, Nancy Drew-150 popular series in all under 100 pen names. This was such a surprise to me. As a lover of the Nancy Drew series I grew up thinking Caroline Keene penned Nancy Drew. I guess it doesn't matter. Just because there never was a Laura Lee Hope or Caroline Keene doesn't change anything. To me they will always be the authors of books I loved. Their names are part of my childhood.
While discovering some author names connected to books I grew up with were as fictitious as the storylines, I find it amazing that one man created so many different book series each with unique plots and characters without the aid of a computer. That means he had no delete button, no cut and paste or forward, no pdfs or jpegs or email or all the rest we take for granted.
Despite all of that, I don't see where this Mr. Stratemeyer-or Laura Lee Hope or Caroline Keene-or whatever you want to call him-was stifled. He pumped out stories and created characters that remain in the minds and hearts of kids now grown-ups. Maybe because he couldn't spend his time surfing, texting, posting, pinning, emailing, commenting, liking, he simply wrote stories-so many good stories.
Posted by Barbara Briggs Ward at 6:36 AM 2 comments:

Spectator Pumps at the North Pole 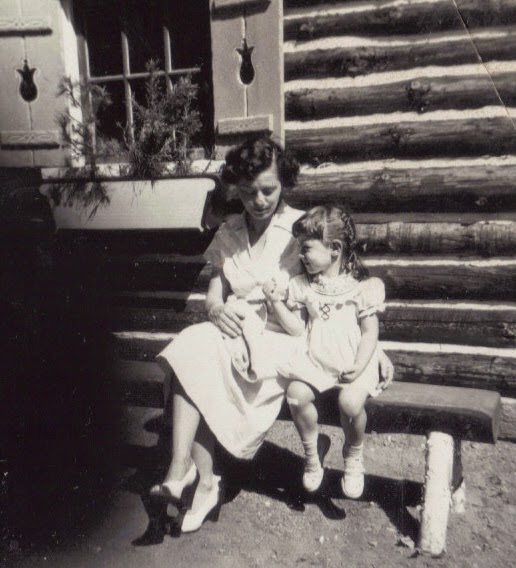 Even when spending a day at the North Pole visiting Santa Claus in the summertime my mother wore spectator pumps with a good dress. Of course back then women didn't wear jeans or pants but  if they had, I don't think my mother would have followed the crowd. She even dressed me in fancy shoes and a fancy dress that day. I see I have a Band-Aid on one of my knees so the tomboy in me still showed. I'm sure Santa Claus was impressed. My mother loved shoes. Lucky for her, one of my uncles owned a shoe store. Her closet was full of shoe boxes. Most contained high heels. She had about every style and every color. Even with a shoe store in the family I never cared much about shoes. Barefoot was my favorite way to go. My mother would tell anyone who would listen how I'd run outside without anything on my feet even in the winter. I think it had to do with shoes making me feel confined. That hasn't changed. I didn't inherit the shoe fanatic gene. I don't go shopping for shoes in all the stores. When I need a pair I can pick them out in minutes. Stores stifle me. The bigger the store-the more stifling they become. Once when in Macy's in New York City I was looking for a pair of jeans to bring home to my daughter. There were floors of jeans. I left empty handed.

Besides my mother's shoes catching my eye, I wonder what we were talking about when this picture was taken. I don't remember that day. I do remember how I'd sit still in the kitchen of the house beside the lane while my mother would French-braid my hair. Once braided, it stayed in place for a few days.
I've been back to the North Pole with my children. I noticed mothers talking to and walking along with daughters but I never did see a mother as beautifully dressed as mine. None were wearing spectator pumps and a fancy dress, sitting next to a little girl in French braids with a Band-Aid on her knee.

Variety Was the Spice of TV 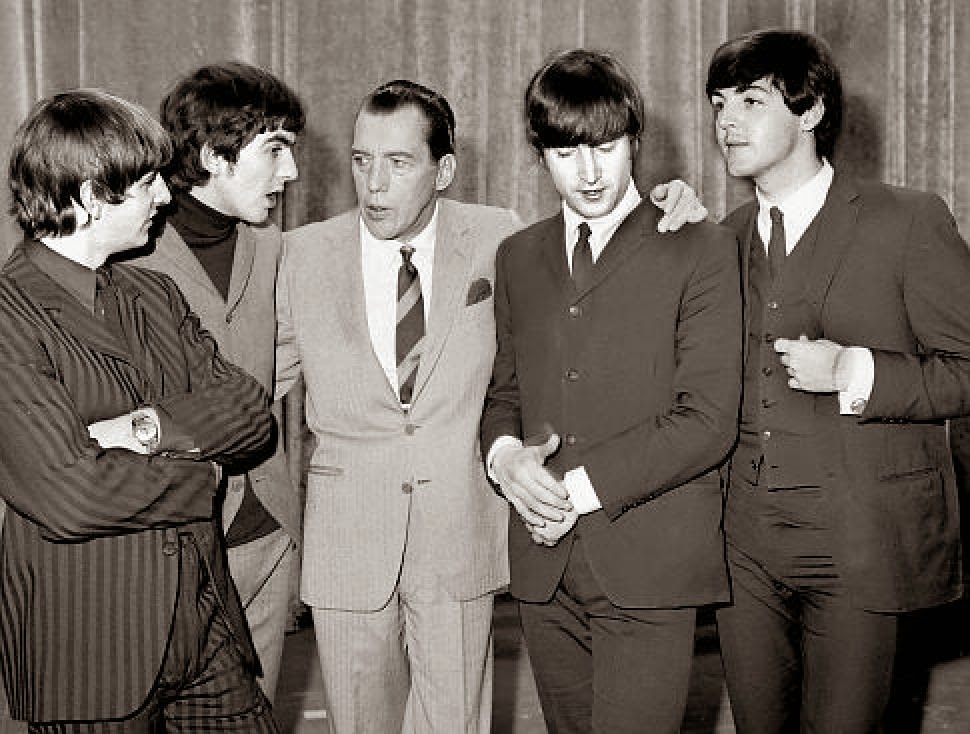 I was lucky to have grown up during the TV era of great Variety Shows. I liked them all. From Red Skelton to Carol Burnett, Dean Martin to Andy Williams and more, they were all entertaining. Each offered their own take on the word entertainment. To me, there was something special about Red Skelton-something in his eyes. When he was in a sketch playing one of his many characters he truly became that character-especially Freddie the Freeholder. At the end of a show I felt as if he was talking to me when he'd say, "Good night and God Bless."
TV watching got even better as Christmas approached. They all presented special Christmas programming. Each was an event in the home. We'd check the TV listings to make sure we didn't miss any of them.
Sunday evenings were reserved for the family to gather around the TV set to watch The Ed Sullivan Show. With the dishes done and baths given to the youngest ones, anticipation would build before the 8:00 hour-when Ed Sullivan would walk out onto the New York stage and once again tell his TV audience they were about to experience "a really big show." At the end of the hour, he proved that statement to be true. During the hour that the Ed Sullivan show aired, the one and only phone in our home never rang-no one visited-hardly anyone spoke. There was no need for any of that. It was all in front of us. Top comedians, top entertainment-including over a span of time The Beatles, Elvis, The Supremes, The Temptations, The Doors, Rolling Stones-and so, so many more-to The Muppets-to showcase performances from many classic Broadway musicals-to a little mouse named Topo Gigio who was actually a puppet but became a regular-we had it all-every Sunday evening for one glorious hour we were entertained as if we were actually in that audience in the Big Apple.
I'm not much of a TV watcher these days. I see the promos but some of what they are producing seems so glitzy. I don't have any use for reality shows and some networks seem to take freedom of speech a little too far beyond the truth. They all give me a headache with their talking points-not my idea of entertaining. So I don't watch any of it. But that's ok. I don't think I'm missing anything. I understand many of the variety shows are on as reruns somewhere in the cable world. I'd rather not watch them. It wouldn't be the same. But then-nothing ever is.

Posted by Barbara Briggs Ward at 5:43 AM No comments: