A Rusted Old Can Full of Water 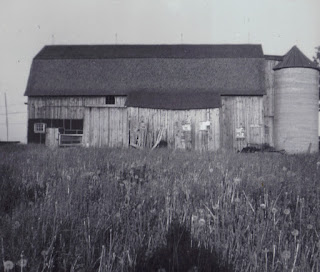 My cousin and I had organized what we thought would be an amazing circus combination spook house in our grandfather’s old barn. He’d shut the farm down so we were able to occupy every nook and cranny of that wooden structure. The main event was aimed at a particular uncle we'd singled out. He and his wife and daughter didn't live nearby like we did. Rather, they were some forty-five minutes away, far enough for us to consider them distant relatives. Our cousin was younger than we were. She was an only child. She'd sometimes wear a dress and her hair was always in place as were her polished shoes and fancy socks. Her father most always wore a suit and most always a tie. He’d smoke a cigar after dinner and then fall asleep until it was time for them to leave. We considered him to be an odd duck with that suit and tie. That's why he stood out and that's why we planned on dropping a long piece of twine down from the hayloft above the doorway he and the others would be walking through on their way into the main part of the barn on the day of our colossal event. On the twine we would attach a note saying, "Pull this!" Of course we would have to wait for him to be the one walking through before lowering the twine. When he pulled it, a rusty old can full of water would drop down, soaking him from head to toe.

Finally the day of our long anticipated circus/spook house event arrived. We waited as adults took their time walking by empty chicken roosts, reminiscing of days gone by when chickens ruled the coop. I was up in the hayloft. I’d be the one dropping the twine. My heart was beating a little faster hiding behind leftover bales of hay so no one could see me. Finally I heard him laughing. He was approaching the doorway! I could smell the cigar rising up to the rafters. It about gagged me. That’s all I needed. I moved as close to the edge of that hayloft as possible without giving my presence away. My palms were sweaty as I moved the twine to the edge of the hayloft and slowly lowered it down. I couldn't wait to see him drenched. But nothing happened. I knew it had to be in front of him because we’d measured the distance. He couldn’t miss it. I wiggled the twine trying to get his attention. But it didn't work. Finally after wiggling it a little more, the twine tightened. He was pulling it but still nothing happened. The can didn't budge. It was stuck. It couldn't get over the edge of a board in front of the hayloft. If I moved I’d give myself away. We didn’t have a back-up plan and he didn’t wait around to see what was at the other end of that twine jiggling in mid-air. Could he have caught on to the fact that the sign was meant just for him? Whatever the reason, our devious deed failed. The show went on to be a great success despite our disappointment.
Turned out a few weeks later that uncle and his family were back for another dinner. As they were getting ready to leave my aunt asked if I’d like to go with them for a sleepover. She’d checked with my mother. She told me my uncle could bring me home the next day. I did like going to their house. It was a break from my older brother. Even better than that I was certain my cousin had every Little Golden Book ever printed. Soon I was off to stay with my distant relatives.
During the night I woke up. I was scared. The wind was hollowing. I could hear the rain hitting the windowpanes. I wanted to go home. Those forty-five miles felt like a zillion. I started to cry. I tried not to. I didn’t want my little cousin to hear big brave me, who was going to drench her father with an old can full of water, crying but I couldn’t help it. Once I started I couldn’t stop-not even when I heard the door open-not even when I could see my uncle who wore suits all the time standing there, whispering, “Are you okay?”
The tenderness in his voice made me cry even more. In an instant he was by my side comforting me.

“Do you want to go home?” he asked.
“Yes,” I whimpered, explaining I was afraid my brother was going to make fun of me.

“Don’t worry. I almost had to take him back home not too long ago.”

I never realized my brother got homesick. Knowing that made me feel a little better. Without hesitating, my uncle wrapped me in a blanket. He grabbed a pillow and collected my belongings. Covering me up in his raincoat, he carried me to his car after making a bed in the backseat. As he drove me home, I kept watch of his silhouette when passing headlights lit up the dark. I couldn’t see any wings but I knew my uncle was my guardian angel. He wasn’t wearing a suit. He didn’t smell like a cigar.

Posted by Barbara Briggs Ward at 9:27 AM No comments:

Inside My Mother's Cedar Chest 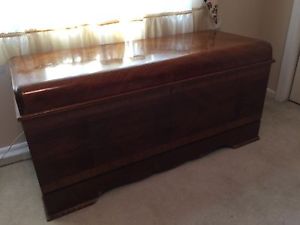 At an early age I was aware the big box thing sitting in my parents' bedroom was called a cedar chest. I even knew it was made out of mahogany. I didn't understand what any of that meant. But I did understand how much it meant to my mother because she told me it was where she kept her favorite things. When you tell a kid that, curiosity sets in. I know it did with me.

Every year, somewhere between spring and summer, my mother spent a Sunday afternoon gathering her good sweaters. There were quite a few of them. My mother loved sweaters. She'd wash the sweaters one at a time in Woolite-then spread each one out on the kitchen table on top of a towel. Once she had a sweater just as she wanted it, she'd roll it up in the towel and go to the next. After she'd rolled the last one, she'd set the towels with the sweaters on the dining room table to dry. Then a few days later she'd unroll the sweaters. If need be they were put outside on clothes bars to dry some more. The end of the sweater process was the folding of the sweaters and meticulously placing them-one at a time-inside the cedar chest. And there they stayed until the season demanded their return. Whenever that was it never failed-they all smelled like moth balls.

Sometimes I'd spend time with that mahogany cedar chest. I'm sure my mother knew since the moth ball smell probably gave me away but she never said a thing. Maybe she liked knowing I was curious to see what she considered her favorite things. Truth be known I was never disappointed since she was always putting things in it.While there was a key in the lock, it was never locked. Maybe that was because the top was heavy. It took both my hands to pull it open. Once I'd secured it in place, I took my time examining the three small compartments greeting me. They were like little drawers without the drawer. One time I found my father's good cufflinks. I think they'd belonged to his father. Usually there'd be fancy hat feathers wrapped in tissue paper. Back then, women made their own hats and wore them when shopping. I'd also find linen handkerchiefs and fur collars to attach to good sweaters and fancy plush boxes holding strings of pearls. One particular compartment held a small photo album. She never changed the photos. They were of her wedding to my father in the dining room of my grandparents' farmhouse.

The rest of the cedar chest was full of good blankets and quilts and embroidered tablecloths starched and ready for the holidays. My most favorite of my mother's favorite things were the Christmas stockings. I never disturbed them. I wanted to make sure they were there when needed.

I have no clue what ever happened to my mother's cedar chest. I am thankful I was curious. I'll never forget her favorite things.
Posted by Barbara Briggs Ward at 10:35 PM No comments: