Flying Out a Kitchen Window 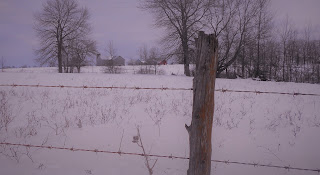 On my way back home one day last week passing by farms and fields a story my grandmother would tell came to mind. Whenever my grandmother told the story she’d laugh right out loud. So did anyone who was listening to her talk about the time when she was a little girl sitting at the kitchen table playing and acting silly with her siblings. Eventually her mother told her to stop but she kept on playing. In fact my grandmother played so hard that she ended up running around and around that table so fast that she went flying out the kitchen window. Whenever she’d get to this point in the story my grandmother’s eyes would widen with a twinkle and the laughter would get uncontrollable. She’d always end her tale by saying it was a hot summer day and the window was wide open. While she didn’t get hurt she did ‘catch heck’ as she’d describe the aftermath from flying straight out that window after being told to stop.


Once in a while I’d take my grandmother for rides out in the country and as we’d go along I’d hear stories about way back when working farms were scattered about the countryside like rugs throughout a home; where families with familiar last names were raising children and tending gardens and plowing fields and milking cows and filling haylofts with picky bales of hay through the month of June. One time while riding along she told me that story again about falling out a kitchen window as we approached a certain farmhouse.


“Slow down,” she told me. “That’s the place where I flew out the kitchen window.”


Problem was that particular window was no longer there. Someone had added on an enclosed front porch and replaced trees with shrubs and a cinder driveway with a paved, circular drive. I asked her if she wanted to stop. She told me no.


“I’d rather remember that place as it used to be.”


So much has changed since my grandmother went flying out of that kitchen window. Most of those farms she recalled are now vacated, torn down or have new owners with unfamiliar names. Yet despite so much changing, so much has stayed the same, like the smells of the earth awakening to spring undeterred by winter trying to hold on as streams begin to trickle alongside roads and wander about the fields while the crows and geese keep flying by and little kids keep playing after being told to stop and then ‘catch heck’ in the aftermath.
Posted by Barbara Briggs Ward at 11:48 AM No comments:

As the snow keeps falling in this month of March I am reminded of my mother and a 33rpm vinyl record album she played over and over again on a record player which was part of a fancy console complete with a radio featuring both AM & FM channels as well as a space to store albums.


She bought the massive console as a gift for the family or so she said when it was delivered days before Christmas one year when I was in Junior High School. Thinking back, I believe the main purpose of that console was for my mother to play a particular song from one of her favorite Dean Martin Christmas albums. The song was titled-“A Marshmallow World.” She played that song not only in December but all through the winter months. Each of us in that household knew every word, every pause in that song. We’d automatically sing along without even realizing it. My mother was a fanatic Saturday morning clean-the-house-thoroughly kind of person which meant I had to pitch in. Dean Martin made that torture go so much faster.


When I went outside today and took a walk in the snow, those words of that particular song came back to me-every single one of them including the pauses. It certainly was a Marshmallow World out there. My mother would have loved it. 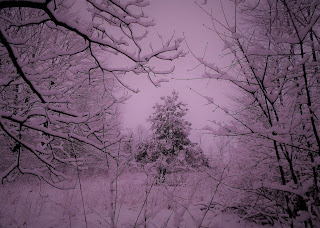 Posted by Barbara Briggs Ward at 9:25 PM No comments: