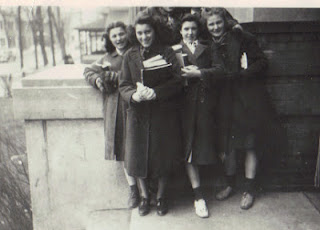 No matter where you go, no matter how many places you plant roots, work, raise a family and make friends there will be but one place you will ever call your Hometown. It might be a hamlet or village, city or metropolis-it doesn't matter. Your hometown is where you grew up. You probably went to school there and most always relatives were near.

Summer is the time many go back to where memories of those early years are engrained in the sidewalks and parks, corner stores and downtowns, movie theatres and malls, libraries, trees, fields and maybe even rivers, streams, mountains or skyscrapers. Summer is the season of going back to family reunions where new babies are googled over and elders appreciated and familiar tales are heard again and new stories are told and newlyweds sit by couples who've gone through many a four seasons. Besides festivals and fairs, class reunions bring  people back home too. For a few hours you get to step back in time and recall the big game or moments in a classroom or certain teachers. Even better you get to check out classmates you may have had a crush on or classmates you forgot about or some you don't recognize at all.

Whatever constitutes your hometown remains a part of you wherever you go. No matter how successful you may become or how far you travel, your hometown welcomes you back as that little kid who rode a bike or jumped a rope or skipped a stone or played football in the neighbor's yard or hockey at the local rink. While things change in a hometown, some things remain the same and that's the feeling you get when returning. It wraps you up like a blanket and tells you, "Welcome Home!"

Front Yards in the Summertime Were for Playing

Years ago front yards were for playing-really playing and pretending and spending time in from the minute you got up-especially when on summer vacation and the days were long and hot and hazy and the lemonade freshly squeezed and kept in the refrigerator in a certain glass pitcher with slices of lemon just waiting to make your mouth pucker up and ice cubes ready to be chomped on.

The front yard of our grandparents' farmhouse was everything any kid could have asked for. It had trees to climb up into with limbs to hang from and swing from and drop to the ground from. There were clumps of bushes to hide in-or-around-or behind. One particular clump had some bamboo-type things growing in it. They made great bows and arrows after we took the leaves off them and one of us ran inside for some string. Such weapons came in handy when fighting the enemy or surviving a catastrophe. Catastrophes were  daily, some times hourly. That happens when imaginations are full-speed ahead. Of course our grandmother's peony bushes also provided great cover. We never touched the flowers. We knew they were off limits. We just hid behind them.

Some days my cousin and I would load the little ones in a wagon and go off on an adventure around that marvelous yard which was anything we wanted it to be any day we wanted to be there. We'd pack up supplies-which might have included Lorna Doones or Fig Newtons, bamboo bows and arrows (because you never knew what might be lurking around-or in-or near the bushes which weren't just bushes if you know what I mean), blankets, a few pillows and whatever else fit the script that day. Some adventures lasted into the afternoon or at least until naptime for the littlest ones being pulled around and around in a wagon on a sticky summer's day.

Because the front yard was huge-at least looking at it through the eyes of a child it was huge-it was a great place for hosting major sporting events. Besides playing Red Light, Green Light; Simon Says, Pick-Up Sticks, Marbles, Hide 'n Seek and Tag that front yard held some mighty baseball games despite our only having a bat or two and a ball and our bases were trees and bushes and the star was my older brother who was a mighty hitter. I think my brother was one team and me and my two cousins were the other. I can't remember who won what back then. It didn't matter. I just remember how much fun it was playing in the front yard of our grandparents' farmhouse in the summertime with lemonade waiting for us in the glass pitcher.
Posted by Barbara Briggs Ward at 10:44 PM No comments:

My mother, Andy Griffith and the 4th of July 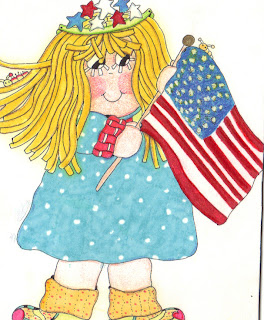 When you think about the 4th of July and what it represents besides hotdogs and parades I think it is rather ironic that we just lost a man who represented the values and goodness in an endearing little place called Mayberry. Mayberry could have been any small town in the U.S.A..

Years back when the Andy Griffith Show came on the air every week, we as a family would sit down and watch the show together. There was no worry about the content. It was all apple pie and family while still dealing with real issues. It was TV in its peak of quality programming and that had a lot to do with the man himself and a cast of supporting characters we all considered part of our family too.

While we all loved the show, my mother really loved the show especially when Andy and Barney would get going which usually led to some really funny situations. When Barney twitched about with his eyes bulging and his tone trying to be in charge as only a Barney Fife could my mother would start laughing. She'd laugh so hard that she'd have to take her glasses off and try to catch her breath. It was so contagious that we all started laughing right along with her. We couldn't stop laughing-roll over, belly laughing!

One particular episode stands out as I think about her sitting on the sofa in her nightgown exploding in laughter. Barney was somewhere in their patrol car-off on his own. He was outside of the vehicle and suddenly came face to face with a bear. I remember his scurrying all over the place-his thin little legs going at top speed. He ended up on top of the squad car and went for his gun. That's when my mother started. He couldn't get the gun out of his holster. His eyes were really bulging and when he did take hold of his gun he couldn't find the one bullet he always carried with him in a pocket-but which pocket was the problem!.My mother couldn't stop roaring as he stood on top of that car and tried to locate his only bullet. How that episode ended I'll never know because we had another show to watch-my mother! She was ripping it up so hard that she couldn't breathe-and neither could we!

Thank you Sheriff Andy Taylor, Opie, Aunt Bee, Barney and all those other supporting characters who remain a shining example of what TV can be. You all add meaning to this day in which we celebrate America in hometowns just like Mayberry.
Posted by Barbara Briggs Ward at 8:03 PM No comments: