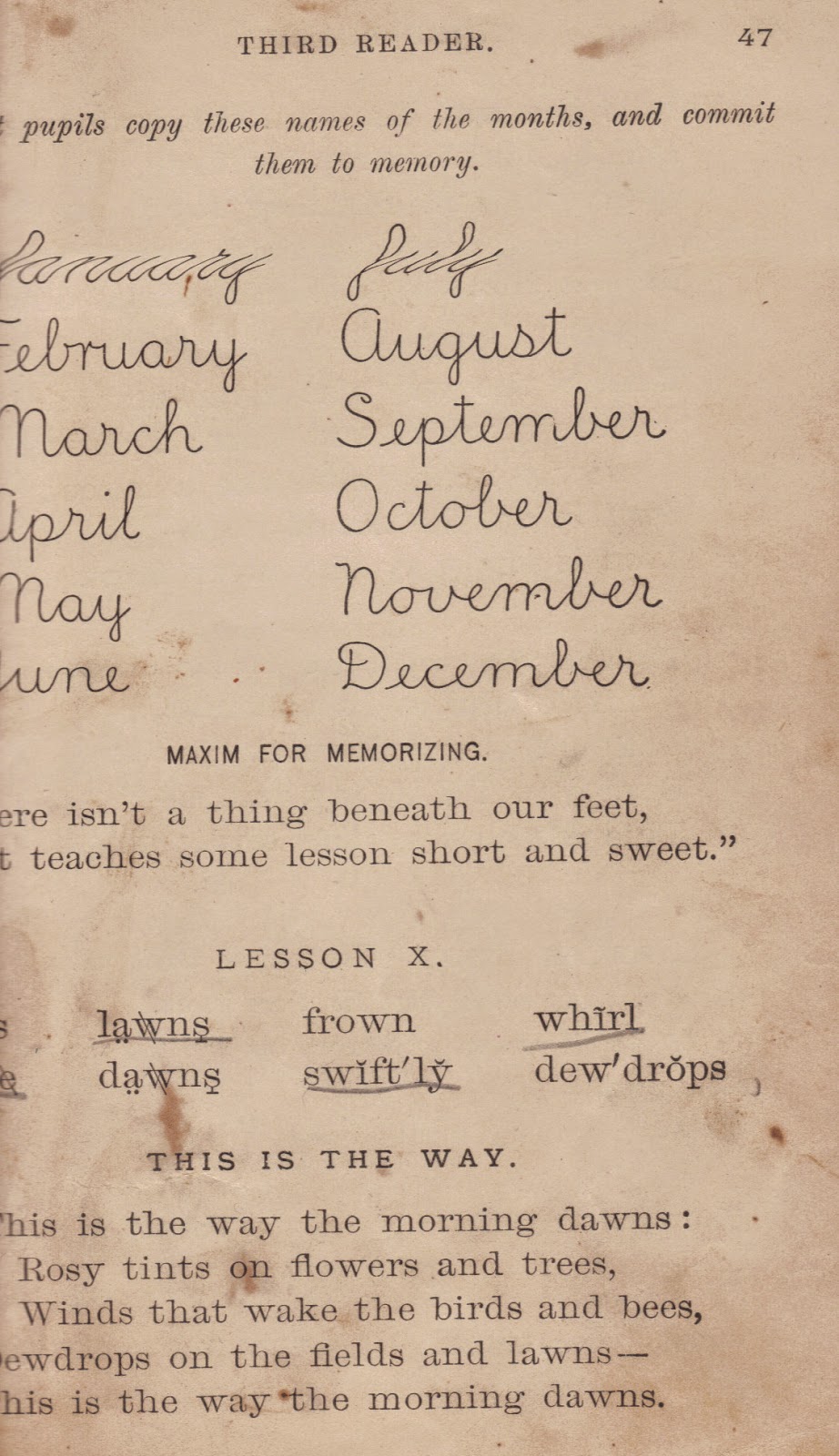 Playing school was a favorite thing to do in our chicken coop clubhouse. But then, we were lucky. Our parents and grandparents filled that old place with desks, books, and chalkboards from an abandoned one-room schoolhouse. Our schoolhouse wasn't made by Fisher-Price. It stemmed from our imagination. There were no summers or week-ends off. Our school was open all year long despite the fact some of the windows were without glass allowing snow to pile up inside during the winter. But we didn't mind. School was in session. And if we didn't have little brothers and sisters and cousins to teach, we used that imagination to fill the two rows of desks-the same type of desks you'd see in 'Little House on the Prairie' episodes.

I still have one of my favorite books I used when 'teaching.' It didn't come from that one-room schoolhouse. It belonged to my grandmother. She had a few editions of the "Barnes's New National Readers." The one I have sitting on a bookshelf in my living room was their "New National Third Reader" published by the American Book Company in 1884. I love the book. It presents a story or a poem for the teacher to read and then offers lesson plans to follow. Some plans include what to maximize for memorizing-a list of new words being introduced followed by a language lesson which could be fill in the blanks-word pronunciation-explanation of word types like connecting words-writing sentences using the words. There's a Definition of "some of the difficult words in the reader" in the back of the book. Included with each story or poem is a simple black and white illustration.

The Preface is interesting, stating teachers and school officers are requested to examine features in the book including its conversational character-the beautiful script-the new type. The publisher explains Language Lessons serve-among other things-"to develop the perceptive faculties of pupils by stimulating investigation-the prelude to all accurate knowledge." I think we understood that in our chicken coop clubhouse. Our students were quite attentive-quite curious. At the end of our school year, they all passed. They all went home with their report cards stating they'd made it to the next grade which was actually the same grade as before with maybe a few tweaks here and there. It didn't matter. We made it interesting. We made it fun-and isn't that what school should be anyway? Because if it is fun, kids will dig in-kids will participate and kids will learn in the process.
Posted by Barbara Briggs Ward at 10:07 AM No comments:

A Place of Gathering 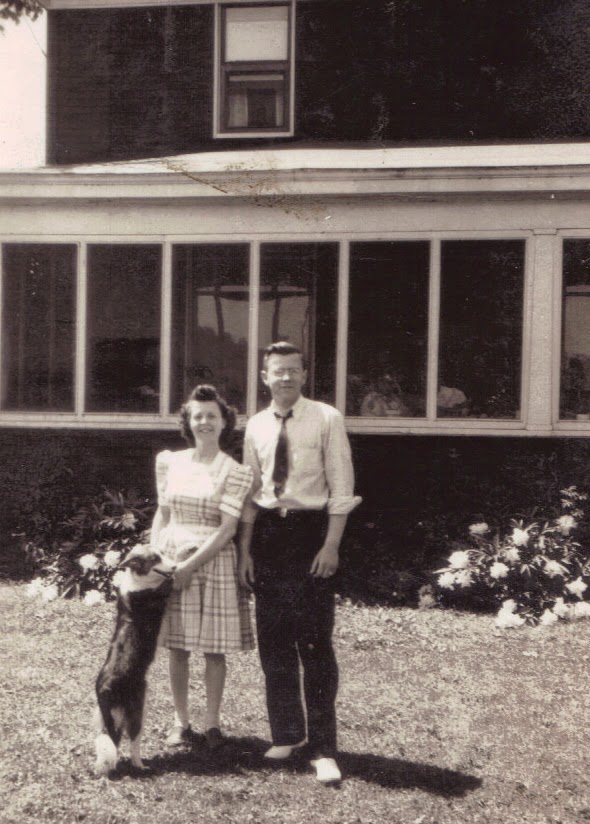 Call it what you want-a porch or a veranda. The term doesn't matter as much as the value it holds in the early morning or at the end of a day. It doesn't matter if it's one person sitting there enjoying that first cup of coffee or several sitting around after a long day discussing whatever they choose to discuss. It doesn't matter if it's used for a celebration of a special moment or for the rocking of a little one to sleep as a gentle breeze passes by. Whatever the reason-there is no place like that place called whatever we chose to call it. What does matter are the values of friendship-of family-of conversation and companionship such a place nurtures and develops from one moment to the next. In this era of electronic devices taking over real human interaction where that conversation is turned from people to people face-to-face to cold, hard devices with fingers moving at lightning speed and heads down and where words spoken are nil-that place called whatever you chose to call it is invaluable.

The photo included in this post shows my parents in their early years as a married couple standing in front of my grandparents' farmhouse. I love the photo for many reasons-one being, it shows the screened-in veranda where I played with my cousins. One summer we had some sort of a club. All I remember is clipping things out of magazines and taping them all over one end of that veranda. I recall a stormy summer evening when we were huddled around our grandmother sitting in her rocking chair as lightning struck a poplar tree close by. We all screamed and jumped-a few of us hid in a closet under the front stairs.

Sadly that veranda is gone-ripped away by a new owner who took those peony bushes away as well. But the memories of moments shared at the place of gathering can never be ripped away-for when you gather at such a place-what you experience is priceless.

Posted by Barbara Briggs Ward at 9:27 AM No comments: